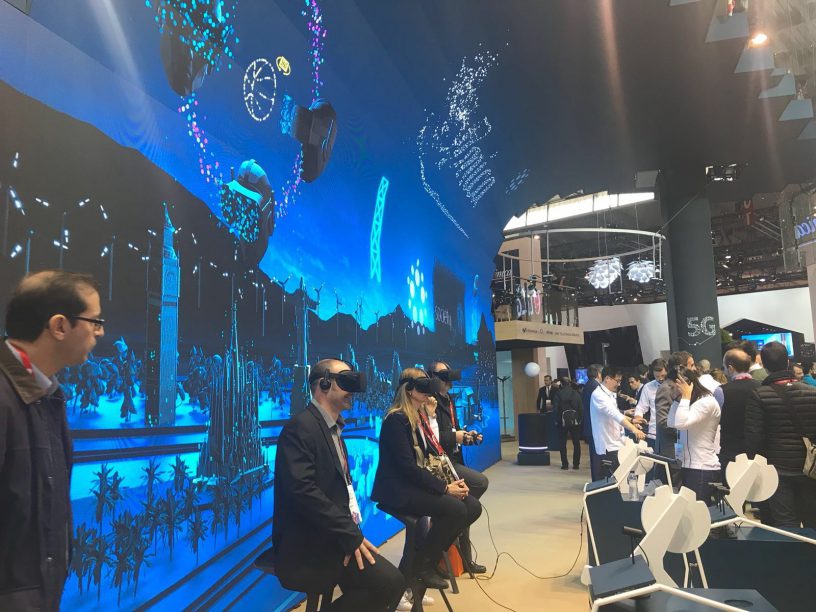 We are very excited to have been part of this initiative, which is a step towards creating the television of the future, as it exploits the full potential of virtual reality technology in order to access the full content of Movistar+ and create 3D worlds which allows the user to become sensorialy involved within it.

A multiplatform virtual reality application prototype was demonstrated to MWC delegates giving them the opportunity to try out and enjoy the 360º immersive experiences themselves.

The virtual reality experience offered is interactive as it can be shared with other users who are incorporated within the virtual environment in the form of avatars and who can be spoken to through 3D audio.

The application is compatible with the main virtual reality platforms: Oculus, Microsoft and Steam VR. The necessary glasses to access the content may also come from different manufacturers such as Samsung Gear VR (with a Samsung S6 smartphone or later), Oculus Rift, Lenovo Mirage or HTC VIVE. A PC with at least the processing capacity of a seventh generation Intel i5 processor is also necessary.

If you would like to know more about the projects we develop or receive information about our Wave Engine 3D development engine, don’t hesitate to get in touch!