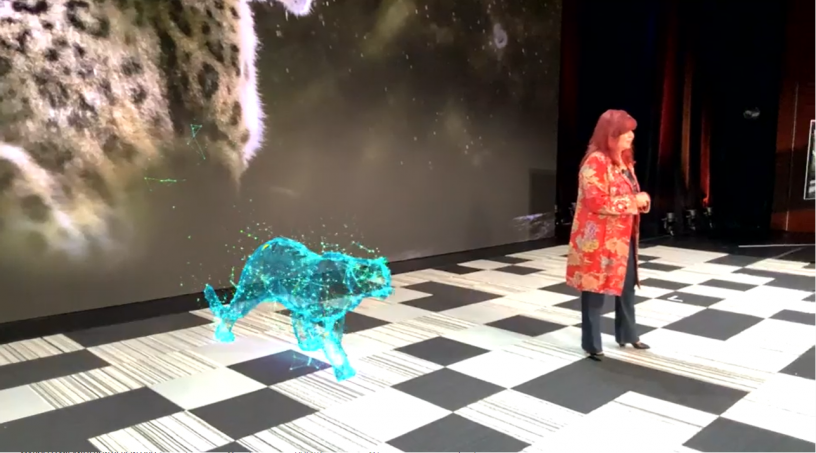 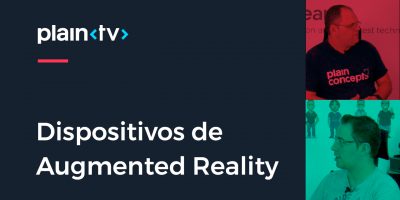 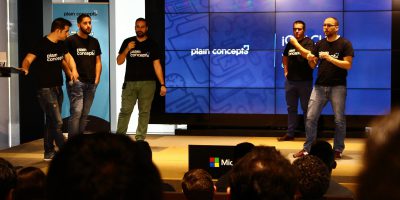 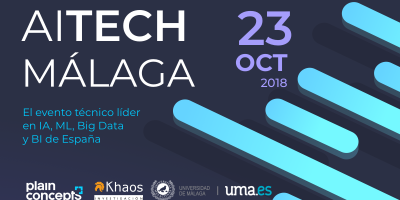 The first week of November Microsoft Ignite 2019 took place in Orlando, Florida. This has been the biggest Microsoft event of the year with more than 20,000 attendees and 600 sessions.

Plain Concepts had the honor to be witness of the latest product announcements of Microsoft. With a team of 7 people arriving from USA and Spain we had the privilege to take good notes of what is coming from Microsoft at the time we were working as partners for Microsoft on some of the demos and keynotes they presented.

Mitra Azizirad’s keynote, “Envisioning tomorrow”, was an amazing approach on how Microsoft sees innovation, presenting innovative initiatives and projects that hare helping to change the world with Microsoft technology.

As a collaborator, our goal was to help them create a very immersive and interactive experience to show the latest initiatives that the different research groups within Microsoft have been working on. We worked with those teams and other providers, under Microsoft leadership, to help with some of the key moments of the presentation.

The keynote presented 4 different research stories to showcase the future of AI, Computing, Human machine interaction and digital responsibility. For each story, a dynamic customized hologram was shown next to the presenter to illustrate the talking point.

The Snow Leopard Trust is innovating with Microsoft AI to help save an endangered species: https://t.co/OBcswfAxp8 #MSIgnite pic.twitter.com/fzEMbtxjiV

One of the highlights was when a snow leopard jumped out of the screen and sit next to Mitra while she was introducing the Snow leopard trust initiative. On top of that, Microsoft had a very clear vision on how to engage people during the presentation and a mobile companion experience was developed so that attendees could participate and interact with some of the events that were happening live in the main stage.

The 1h show ended with the announcement of ALT, a Microsoft initiative to share more of these stories from an alternative perspective: www.innovation.microsoft.com .

App development for everyone with Hanselman and friends

For Scott Hanselman’s , “App development for everyone with Hanselman and friends”, we partnered to develop several demos, one being Rock Paper Scissors Lizard Spock, the geek version of the classic game that you can access and try here and access the code here.

The goal of this Hanselman’s session was to teach the huge multilanguage features of Azure to the developer community. Hanselman’s approach was to show a web app with a multilanguage application running .Net, Python, Node.js, Php and Java, all of them deployed in , developed in Blazor, and integrated with Machine Learning and Cognitive Services. Hanselman showed how developers can expect the same results with several different languages working with Azure, all of that supported by debugging tools like Dev Spaces.

Empowering every developer to innovate with Microsoft Azure

The great team of speakers composed of Donovan Brown, Kendra Havens, Abel Wang, and Jeff Hollan led this presentation to success,  an end-to-end showcase with 3 demos for developers to build any kind of application and  them in the Azure cloud.

For the first of the two demos that we cooperated with, we used Tailwind traders Website, which code you can find here. Supported by this project, Abel showed the latest innovations of Azure WebApps, as this project has been developed in an Azure Web App with AKS as backend.

For the second demo, we teamed with Microsoft to develop an app to upload a packaging slip document using the Power Apps, send the image to an Azure Function and analyze the data using Form Recognizer Services Besides that, the app uses Logic Apps to integrate the information in other Microsoft Services like Dynamics CRM. The goal was to show how you can easily build apps with Power App and integrate them with Azure Services.

Above all, very thankful with Microsoft. Eager for the next one: MS-Build 2020!

We are very honored and grateful that Microsoft has let us participate in this great experience that shows the world what is coming next “to empower every person and every organization on the planet to achieve more”! See you at MS-Build 2020!