Since a few minutes ago the new version 6.3 of the DotNetNuke deployment wizard on Windows Azure in PaaS mode is available on CodePlex. In this new version there are a number of very interesting new features as well as the correction of certain issues that have arisen since the last packaging.

One of the most interesting new features from the administrative point of view is the new WebDeploy support on our websites deployed on Azure PaaS. I recommend you take a look at this post for more information (use the translate controls in the right panel).

Of course, if you are one of the lucky ones going to the DNN World Conference 2012 in Orlando, you can not miss the chance to see these and other features in the sessions dedicated to the deployment of DotNetNuke on Windows Azure from the hands of Joe Brinkman and Aaron Hayon. 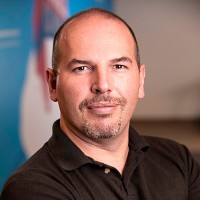