In the next Wave Engine version, we are introducing a new feature that can help improving your productivity.

We have decided to add relative entity path in our engine, allowing to obtain an entity just knowing its path from another entity.

This will be really helpful when you’re creating components that reference other entities and:

These are the path representation elements:

Giving the next sample entity hierarchy: 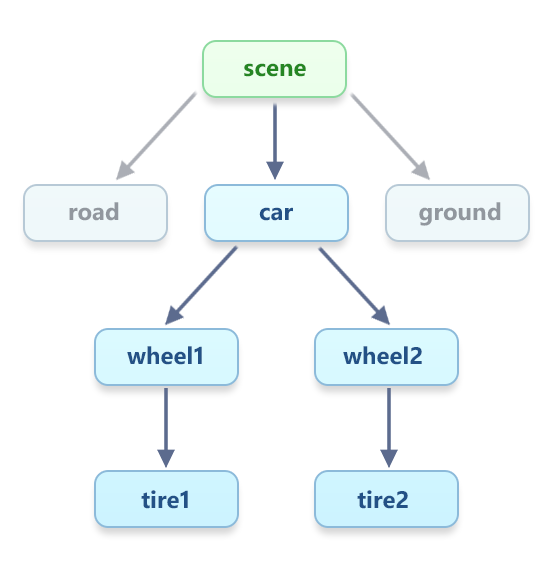 Notice that  [this] is optional.

In order to make easier the search of entities in code, we’ve added the Find method in the Entity class.

This method finds an entity with the desired relative path respect the caller entity. If the relative path is not correct, it returns null.

We have also added an additional parameter in the Find method in EntityManager class, allowing to set the source entity and allowing to directly search there.

For example (following with the above-mentioned hierarchy), if we want to search the tire1 entity from car we can call one of the next :

Until now, we had to use relative paths in code. This means that if we wanted to make the component robust, we should check for null.

Let’s imagine we are coding a component for the wheel1 entity and we want to use the tire2 class.

We just have to search the entity:

Stay tunned because we are about to add more tools for making it easier the task of creating your components.