Wave Engine 2.0.5 is out now and it has lot of features and bug fixes. However, 2 main improvements needs to be explained and you will probably need to adjust some things of your project when upgradint to this new version. These changes are:

So these are the changes we’ve made to this service:

In this new version we’ve decided to rename the service as VirtualScreenManager. We’ve made it because the previous name was confusing as it is used in other aspects of our engine. For example, every camera has a viewport which represents the render portion of the screen.

Until now you had a ViewportManager, a Wave service which you can configure anytime. However, sometimes you need a different virtual screen configuration for every scene. A configuration for the menus and another one for the game scene, for example.

Now, the Scene class has a VirtualScreenManager property which represents the virtual screen of that scene. That means that every scene is independent with its VirtualScreen configuration.

The old ViewportManager service has been removed, so it’s not longer supported.

In older Wave Engine version projects the ViewportManager is usually set in the Game.cs file, or in the Project Settings dialog in the Visual Editor. So you if you have the next code line in your Game.cs:

Just setup the same values like in the next section. If your project has more than one scene, you will have to set their VirtualManager configuration in every scene.

You can setup the VirtualScreenManager of your scene both in the Visual Editor and into your code. 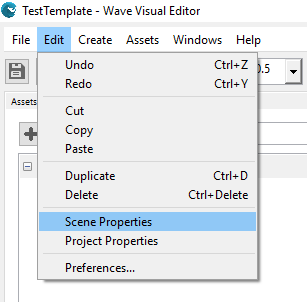 Then, in the Scene Properties dialog, click on the VirtualScreen section 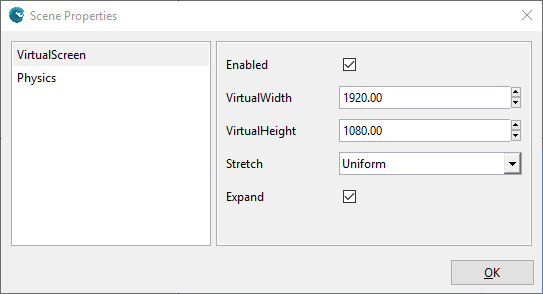 In that section you can configure all the VirtualScreen properties, then click OK. This information will be stored in your scene file (.wscene)

To setup the VirtualScreenManager just call its Activate method anytime. For example, you can write this code into your CreateScene method:

In addition, you can change any of its values in real time (Now they have setters):

The Transform2D component has also been modified to allow to set the position of an entity in screen coordinates.

To do that there are two new properties in the Transform2D class, TransformMode and ScreenPosition.

TransformMode is an enumeration with 2 values:

ScreenPosition is a Vector2 property that gets and sets the screen position in a similar way to the UV Coordinates. 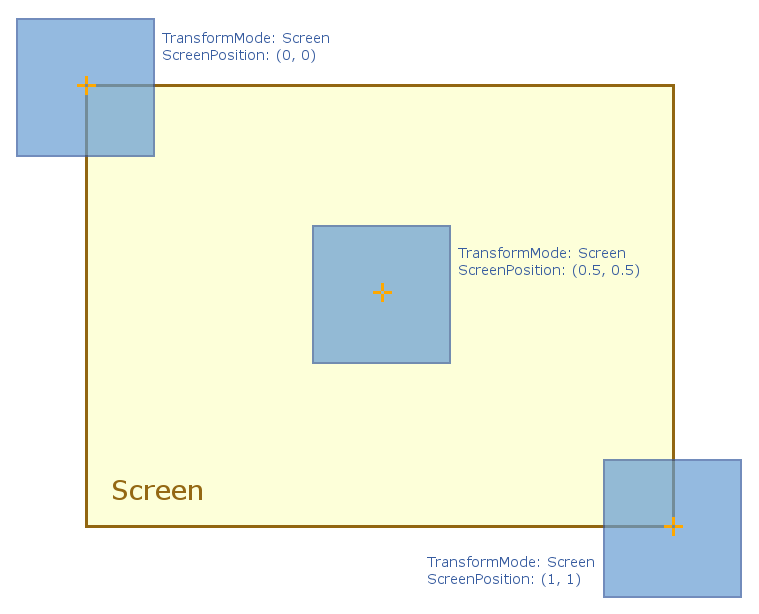 In the Screen transform mode, even if you move the camera the entities will maintain its position on the screen.

You can set the new screen position mode both in Wave Visual Editor and through code.

Select the desired entity, then focus on the Transform2D component. 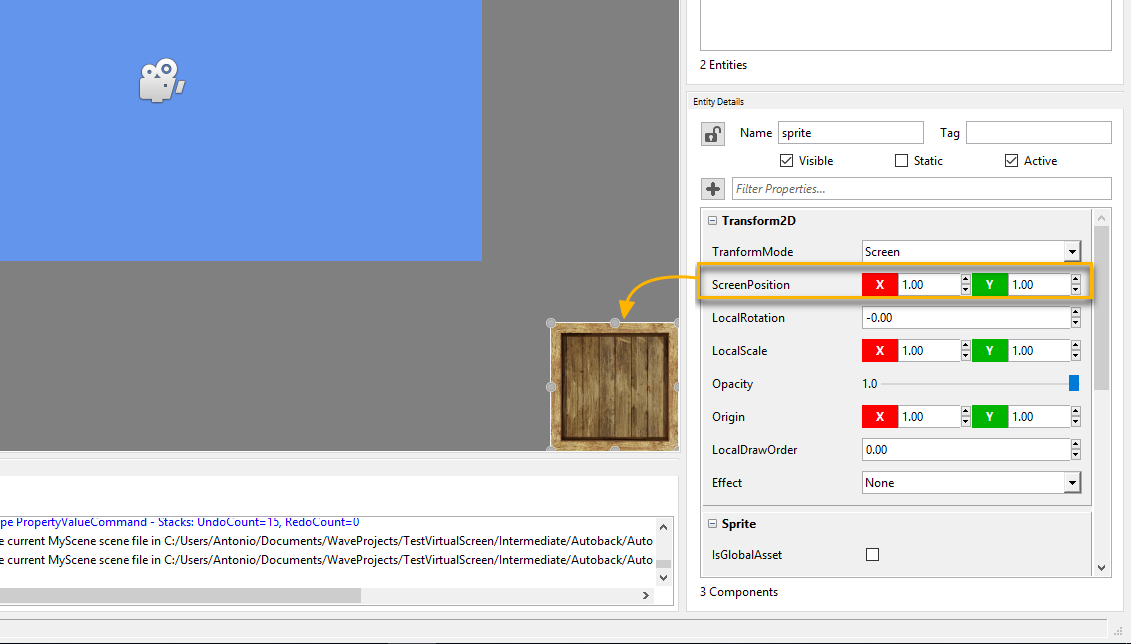 Notice the correct position of the entity into the screen. You can move the camera and notice the entity position is fixed.

Then setup the screen coordinate values on the ScreenPosition property.

The new Wave Engine version now supports 64 bits and every new project created through the Visual Editor will use the correct AnyCPU configuration.

However, if you upgrade your project from an older version you will need to change the previous x86 project configuration to the new AnyCPU configuration. To do that open your solution in your IDE and follow the next instructions.

You can also click on Build > Configuration Manager… on the main menu. 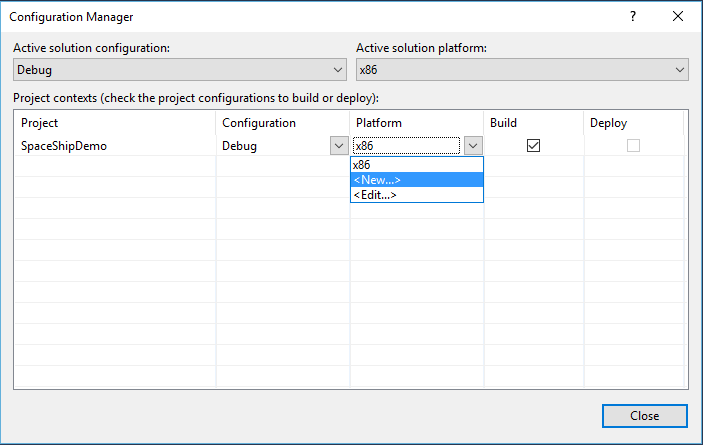 In the New Project Platform dialog, select AnyCPU in the New Platform combo. The “Copy settings from:” value should be x86. Click OK. 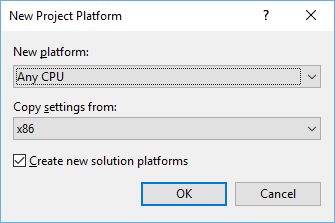 Now we should remove the deprecated x86 configuration from the project. To do that, in the Configuration Manager… dialog, click in the platform combo and click on <Edit…> 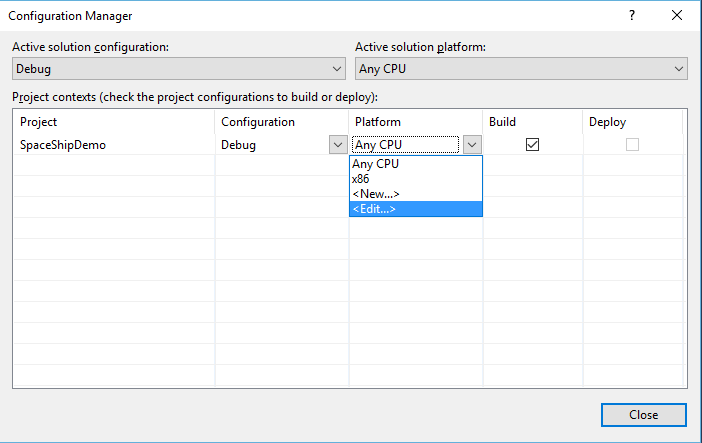 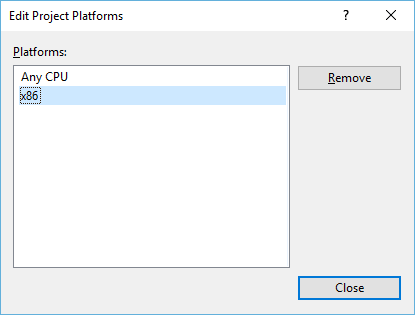