We started developing WaveEngine more than 4 years ago with the idea to make live easier for game developers in their mission to create games for the current mobile ecosystem (fragmented into many devices, languages, APIs and operating systems) simplifying cross-platform development difficulties.

We love C# and we focus all our efforts in building an easy and fast Framework to create native games and apps on mobile devices using the latest .NET version. To achieve this we used the .NET Framework on Windows Phone and Mono through Xamarin on iOS and Android. Currently WaveEngine supports more than 8 platforms and developers can use our Wave Visual Editor and Visual Studio, Xamarin Studio or Monodevelop on Windows, Linux or MacOS to create games for all supported plataforms.

WaveEngine has always been totally free since the first version but some users who were interested in developing games for iOS and Android told us that Xamarin licenses were very expensive for indie developers.

Last 24th february Microsoft made some interesting moves, acquired Xamarin and announced that all the Xamarin APIs will now be free and changed the mono project license from LGPL to MIT removing all restrictions to use Mono as embedded on mobile or consoles.

Therefore our commitment now makes even more sense, and we can share with all WaveEngine users that they can now start developing games for iOS and Android for free using their favorite OS. 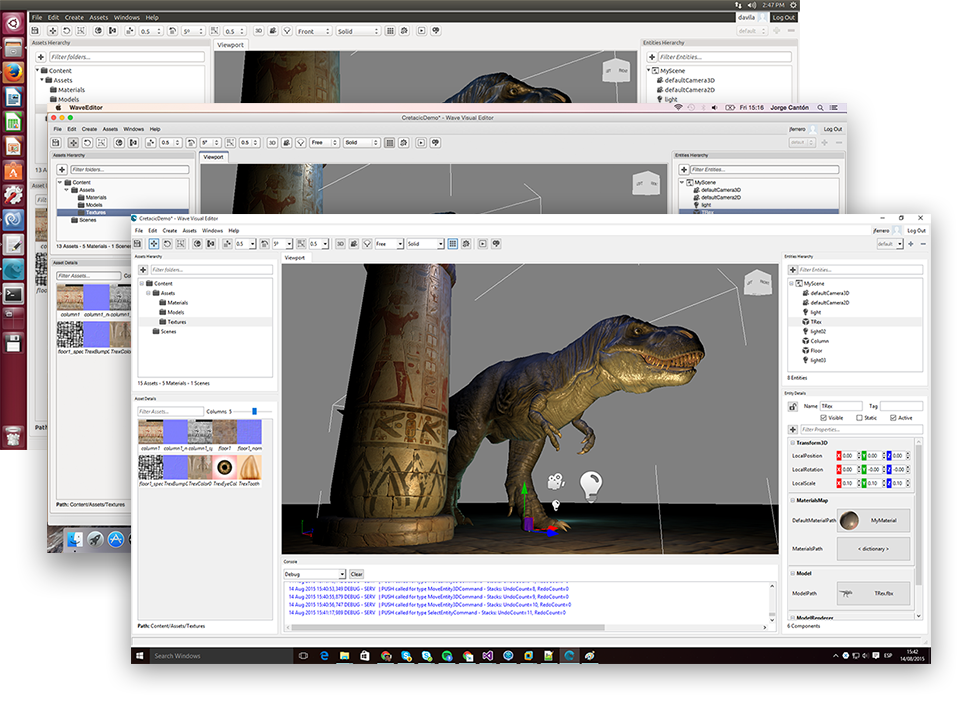 There is more news on the .NET ecosystem like Visual Studio Community, Open source .NET Core, .NET Native, Universal Windows Platform which are also very interesting for the WaveEngine project. All this gives us new opportunities to help many more developers converting their ideas into great games.

WaveEngine has an amazing future ahead, we will continue working hard to bring new features and platforms to WaveEngine and helping developers build great games using C#.