It’s common to create your game scene with the same element over and over again (Columns, enemies, etc. ). In those cases duplicating your entities can be useful, but sometimes you need to edit them and then realizing that you have to change the same properties in all of the copies.

That’s why decided to introduce the idea of a prefab in the new Wave Engine version Tiger Shark (2.2.0).

A prefab is an asset that contains an entity, which that can be placed and instantiated all over your scene, allowing to edit it once and propagating its changes to all of its instances.

For example, having this scene with lots of columns:

We want to add  some torch pedestals to add some light to the (dark) scene. So we create an entity with 2 children in the next hierarchy: 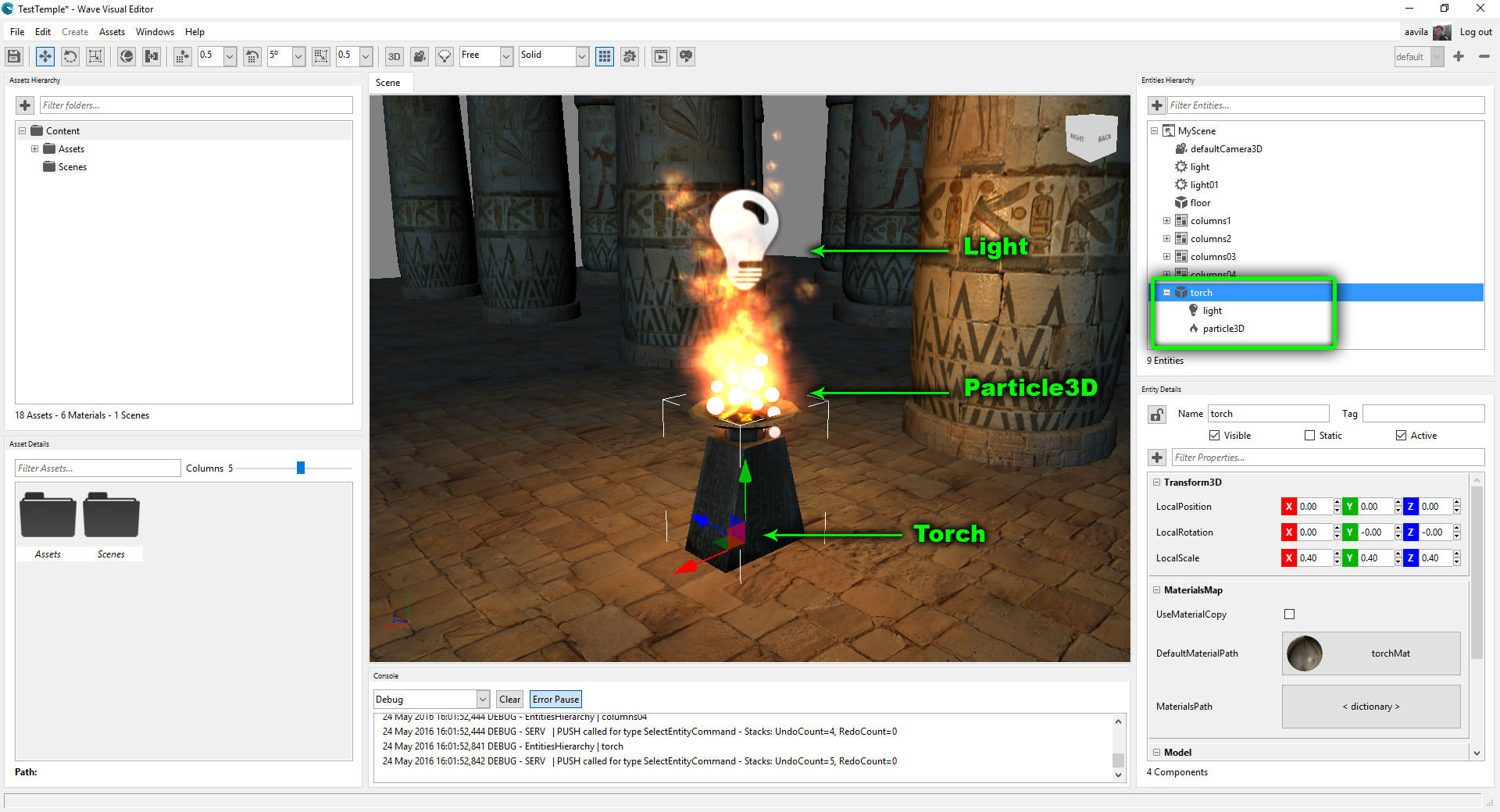 Once you have your source entity, to create a prefab with it just: 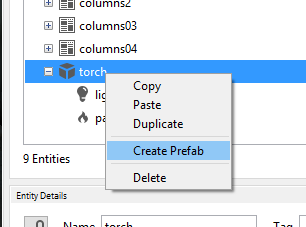 This will create a prefab asset into the current asset folder with the next icon: 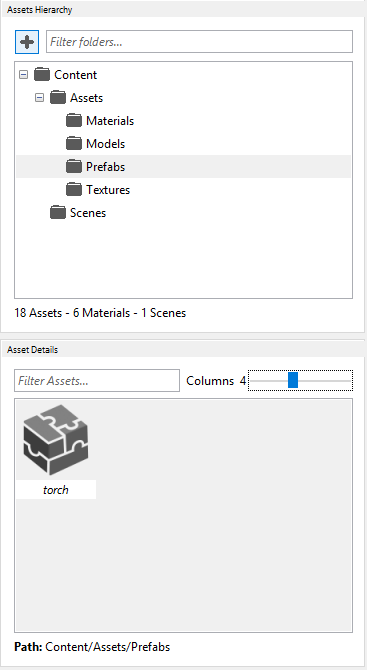 There’s another way to create a new prefab: 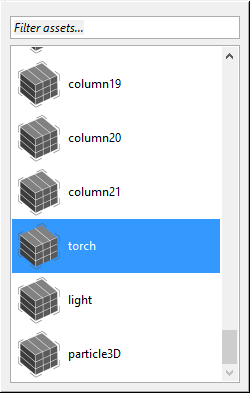 From one way or another, we will get, as a result, a new prefab file containing the torch entity hierarchy (with its 2 children).

Having a prefab asset is nice, but it’s only useful if you can instantiate easily on your scene.

To place your prefab instances on your scene, just Drag the Prefab Asset from the asset folder to the scene.

This will create a new entity hierarchy, but you will see the ‘(Prefab)’ label on the Entities Hierarchy tree.

After that, you can use that instance as a normal entity:

For example, we want to create 7 new torch pedestal between some of the columns. To do that: 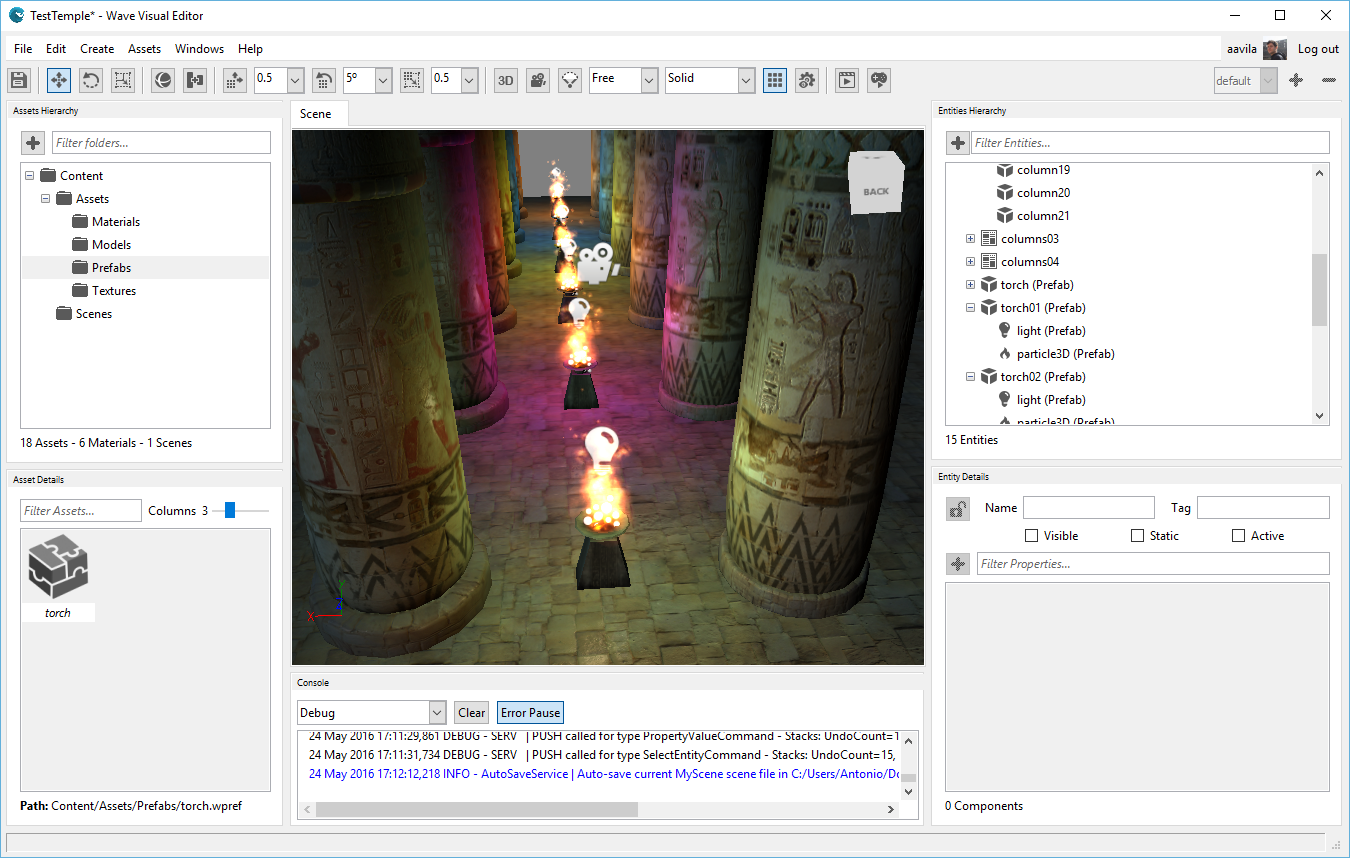 The important thing here is that every prefab instance entity knows which prefab asset it belongs, and also knows all the changes the user has made on it, including all the removed components and removed children.

You can also instantiate your prefab assets from code, using the Instantiate method on the EntityManager:

This method will return a new entity, an exact copy of the prefab asset file. It is a normal entity, so you can use it wherever you want in your game.

Edit your prefabs in Visual Editor

If you have a prefab, you can edit it anytime like a normal entity:

To do that, just click on the Prefab icon on the asset folder. This will set the Prefab edition mode, looking like this: 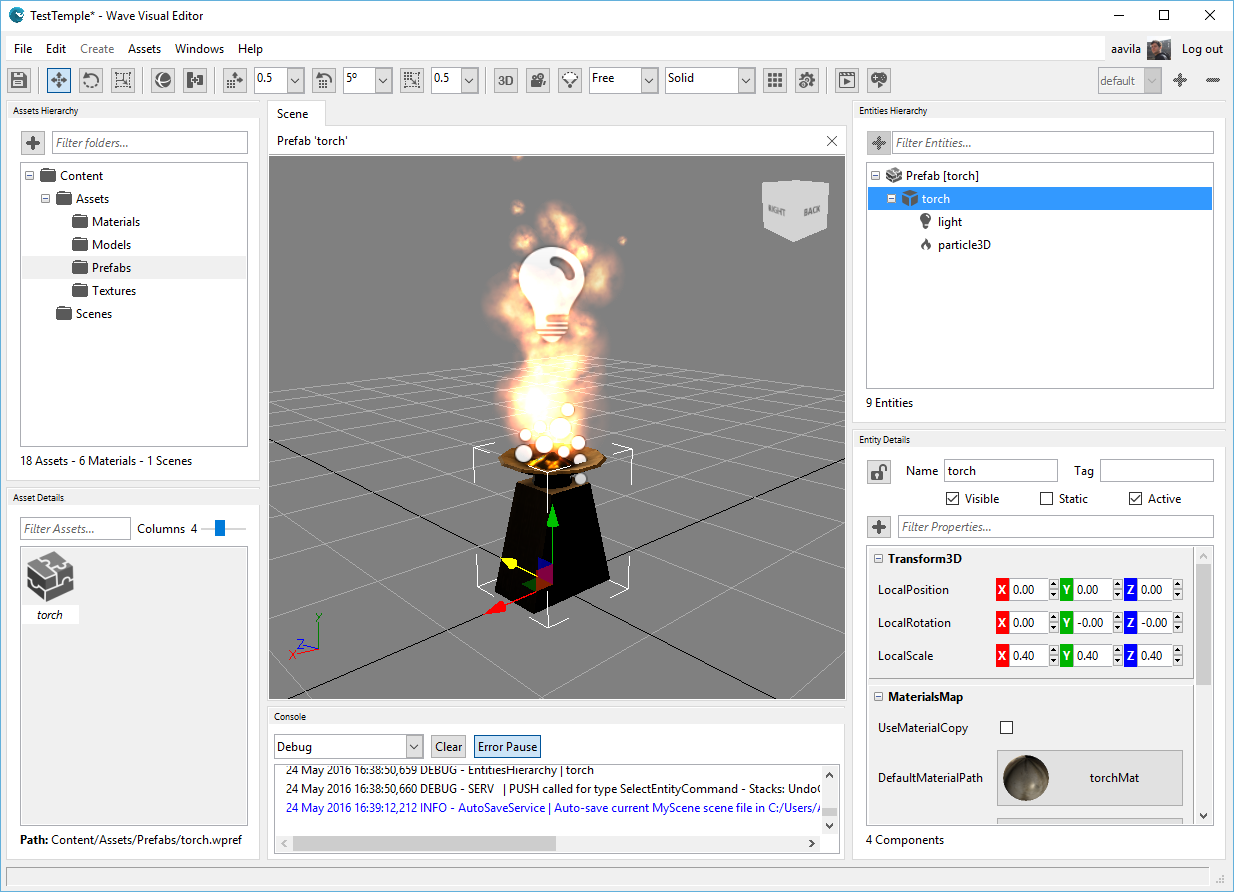 You can change and manipulate its entities, setting new materials, adding new components, etc. as usual.

Once you’re finished editing your entity, you can go back to the Scene edition mode just clicking the ‘X’ button on the viewport top right corner. This will save the prefab and go back to your scene.

Editing your prefab is really nice, but the automatic propagation of its changes to its instances on your scene is the cherry on top.

For example, we want to edit the torch prefab to change its light range, making it smaller to give the scene a darker tone. Changing its property to a smaller value like 3 will be enough:

Now if we close the prefab, and go back to the scene, we can realize that all the lights have a smaller range, like we set before. 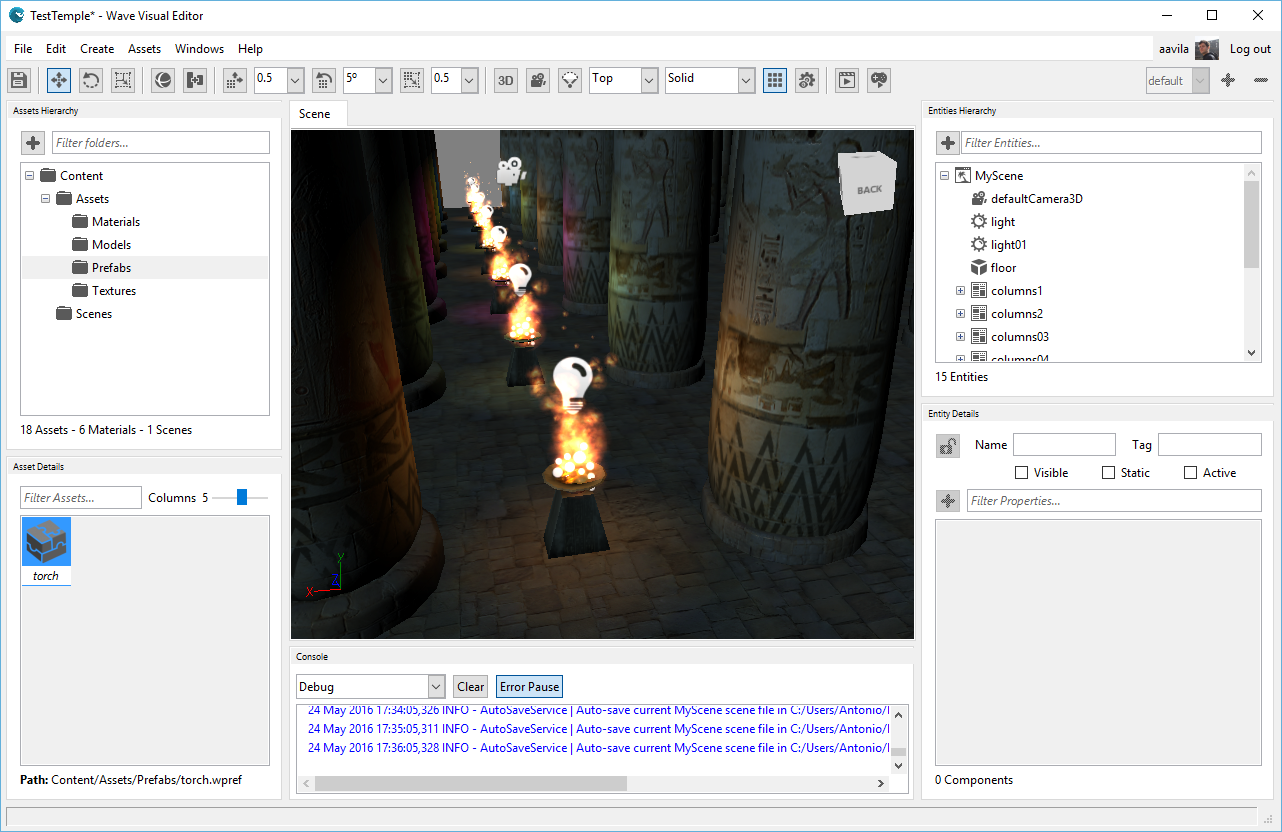 All the prefab’s changes have been propagated to its instances, and all the instance modifications are intact.

In the following video, you can see another example use of the prefabs, in this case changing the light’s color.