Microsoft really put a lot of effort in its Universal Window Platform (UWP) architecture, allowing the developer to use the same API to develop your application on tablets, mobile phones, PC and now, your XBox One console.

This is an awesome new for Wave Engine users because now we can create our games directly for Xbox One and deploy them. 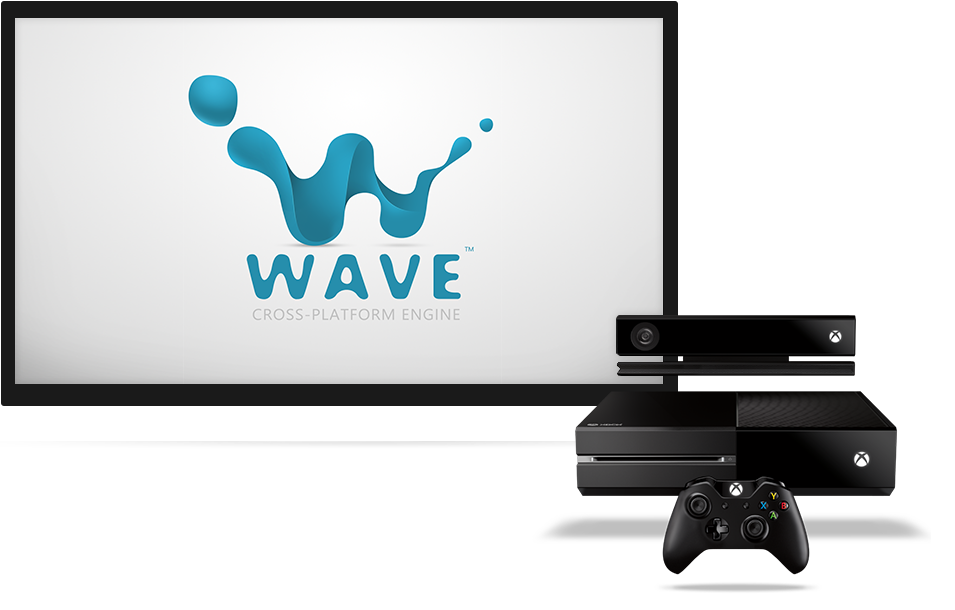 Since the beginning Wave Engine invested heavily in Universal Windows Platform, which now we can benefit from the different platform it supports.

To develop for Xbox One first of all we have to Activate the Xbox One Developer Mode and later debug our UWP game on it.

Most of the Xbox setup information we are explaining here can be read in this Windows Dev Center page and its articles.

Last March Microsoft announced that every Xbox One can be turned into a Game Development Kit with no extra cost, explaining the necessary steps needed to enable a Developer Mode in your console.

Important: Take in mind that for now the Developer Mode in the Xbox One is in a early pre-release, and can cause occasional crashes and data loss. Under no circumstance Wave Engine will be responsible for these problems.

The Xbox One has two modes:

You can switch among every mode at any time.

Getting started with UWP app development on Xbox One

As a summary, you need to do the following before you start developing:

For activating the Developer Mode on your Xbox One, please read the following article, following carefully its instructions:

As a brief summary, you should do the following:

Important. If you don’t have a Dev Center account, please create one. 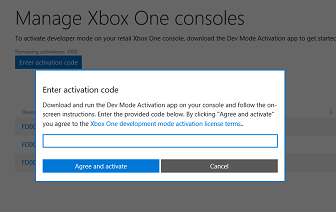 Switching from and to Developer Mode  will reboot the console, and will take longer than usual. Don’t panic 🙂

Once we start in Dev Mode we will see a special dashboard, with a Dev Home application big on the right side. 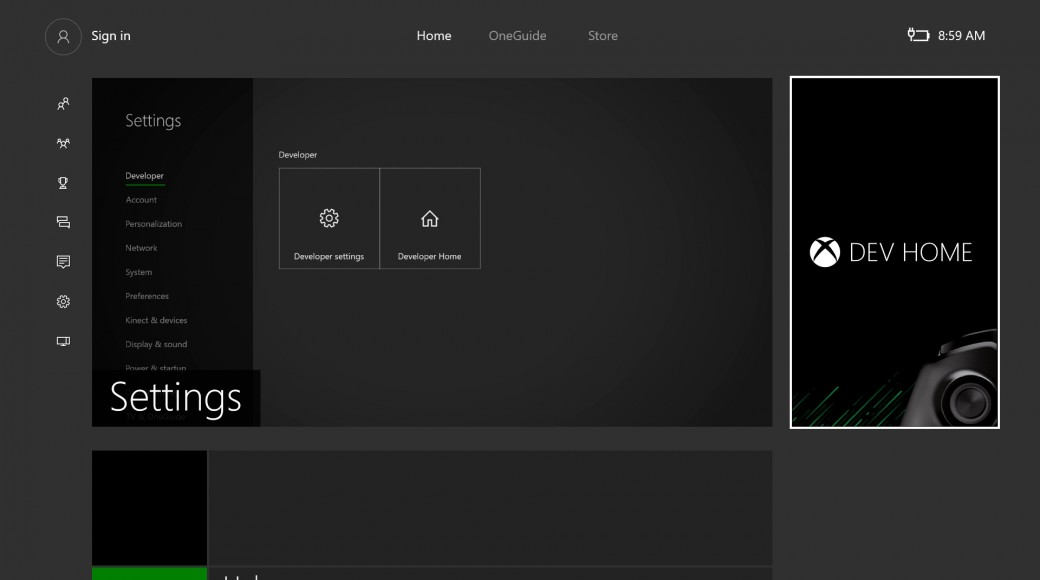 Switching between Retail and Developer Mode

At any moment you can switch between modes:

Create your Wave Engine game for Xbox One

The magic of UWP is based on it can be deployed on multiple platforms. Since Wave Engine supports UWP as one of its platforms, to create a Xbox One game using Wave Engine we only have to add a UWP profile to our game project.

Add UWP profile to your application.

You can add the UWP profile to any game and deploy to Xbox One. However, you have to take in mind that you won’t be able to use some input systems on your console by default:

It’s normal that you use the keyboard, mouse or touchs as input, specially when you develop for mobile phones. However, for Xbox One you will need to use the Gamepad as the main input device for your game.

To get the state, just write the next code:

For this sample we will deploy the next game scene: 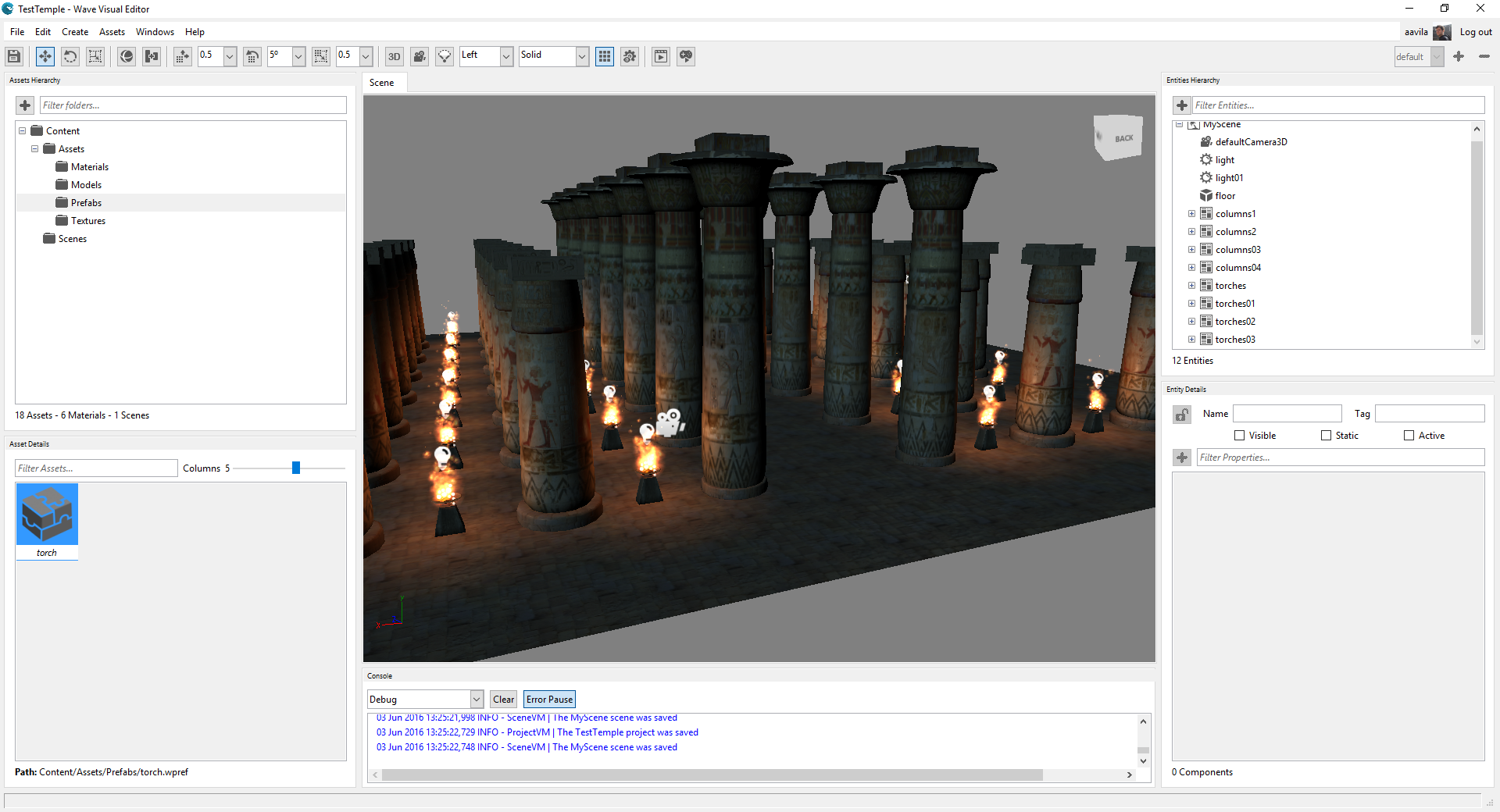 The camera on this scene is a FreeCamera3D, which can already be controlled by the gamepad.

Deploy your game in Xbox One

To deploy your game you need to open the UWP Solution on Visual Studio.

In the previous case, the solution will be called TestTemple_XboxProfile.sln (because the name of the project is TestTemple and the profile is XboxProfile).

For a complete guide of how to deploy and debug your app in Xbox One please read carefully the next article:

Set up your UWP on Xbox development environment

Pair your console with Visual Studio 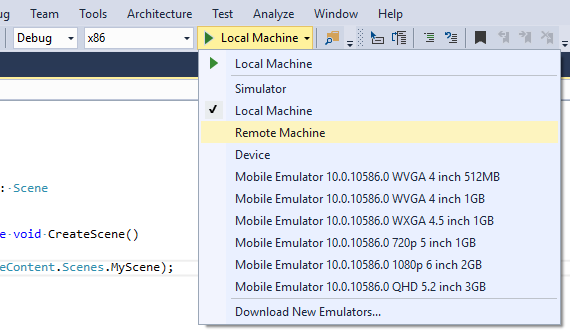 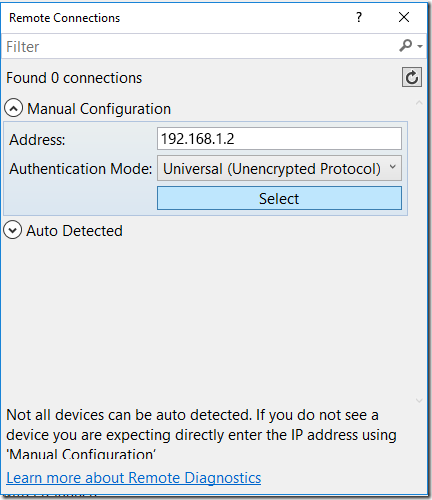