Microsoft HoloLens is a pair of augmented reality head-mounted smartglasses, developed and manufactured by Microsoft which brings amazing virtual experiences to all users. For more information refer to www.microsoft.com/microsoft-hololens

This article describes the necessary steps you should follow to build, load, and run a simple WaveEngine application on the Microsoft HoloLens device.

At the moment, the HoloLens extension is in an early preview stage, and is still under development. 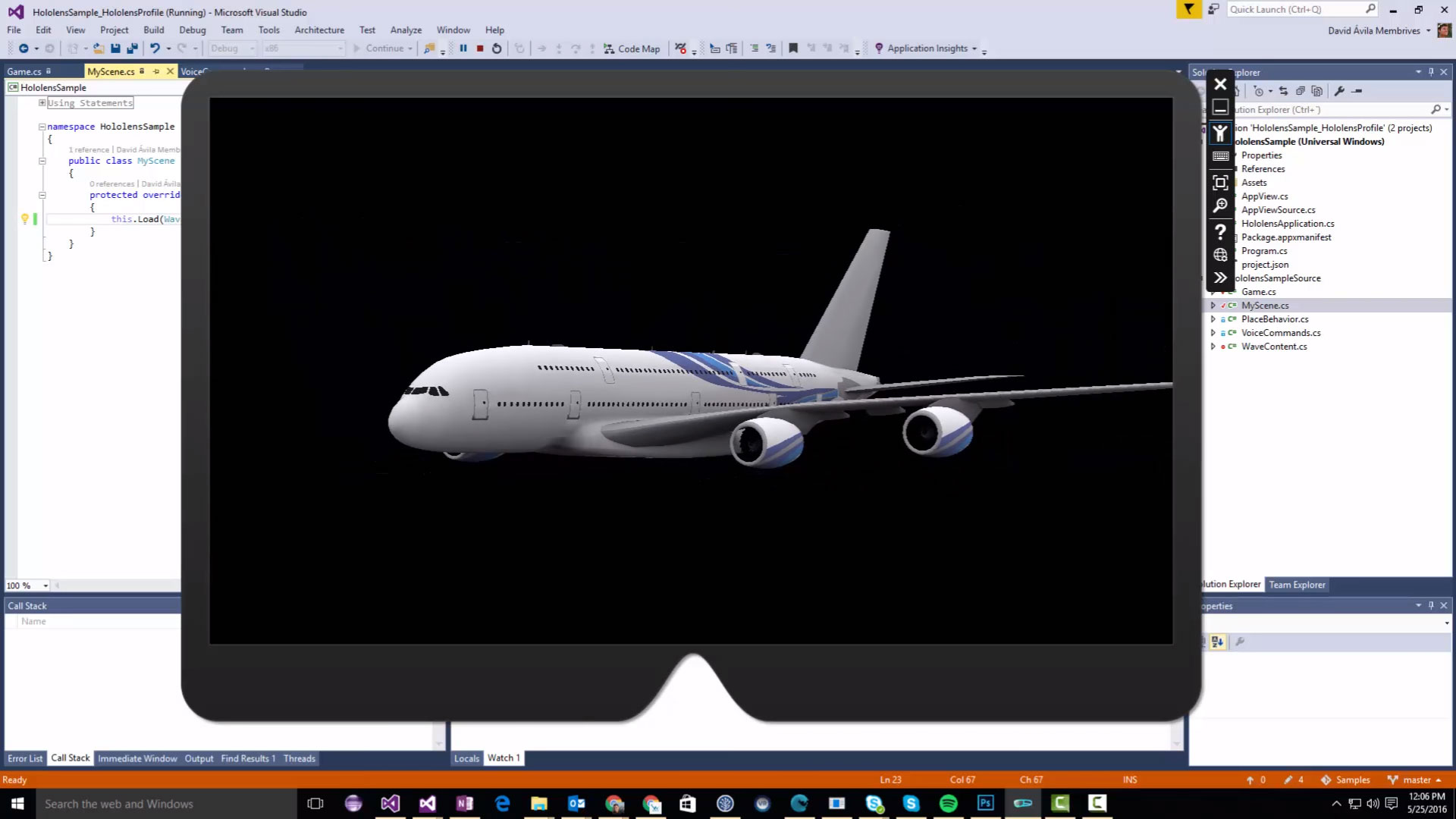 There is no separate SDK for HoloLens. Holographic app development uses Visual Studio 2015 Update 2 with the Windows 10 SDK (version 1511 or later).

Don’t have a HoloLens? You can install the HoloLens emulator to build holographic apps without a HoloLens. You can find more information concerning HoloLens tools here.

In this step, you will learn how to create a Stereo Camera, which will render the scene into the headset.

WaveEngine has a set of components that allows you to create a Stereo Camera regardless of the VR technology used (Oculus, Google Cardboard, HoloLens…). 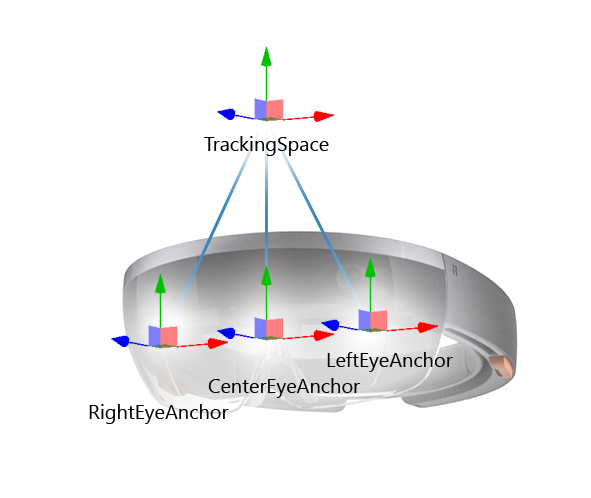 A brief overview of the Stereo camera hierarchy:

Note: For HoloLens devices, we recommend maintaining the default values, and adjust only the far and near planes to fit your scene requirements.

The VRCameraRig creates the stereoscopic camera entity hierarchy, but it is VR platform agnostic, so this is designed to work for another VR platforms (like Google Cardboard, Oculus Rift…).

The HoloLens integration can be done in the following steps:

A HoloLens application is basically a Universal Windows Platform (UWP) application with some special initialization.

In that case, to run your application into a HoloLens device, you need to follow the following steps:

After that, try to put some models into your scene (an airplane in that example), and place the camera rig entity into your desired world origin position. Open the recently created HoloLens solution, and execute it: 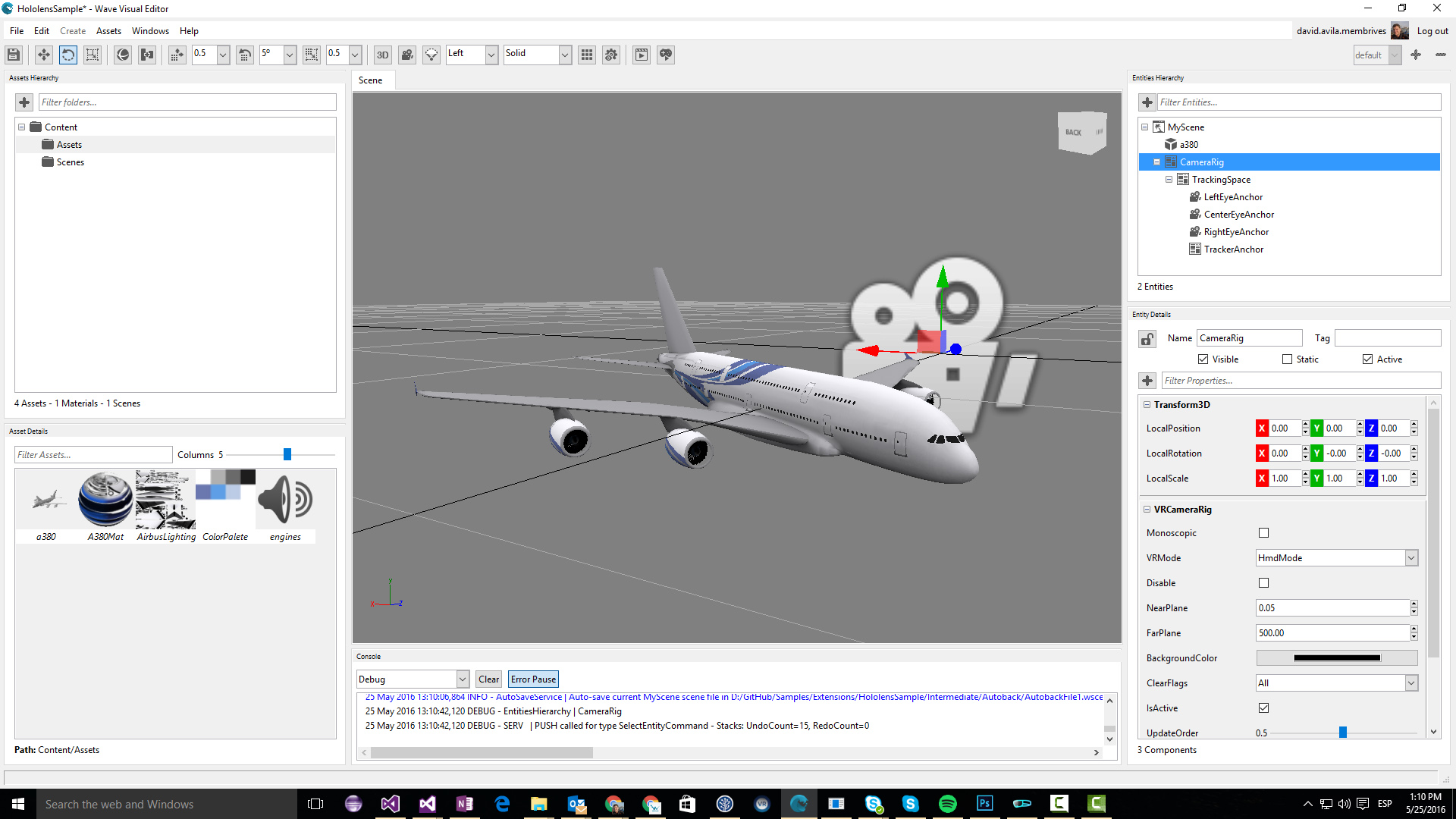 And when you execute your application, you will see your first awesome HoloLens example!

All HoloLens Spatial inputs are exposed to the user via the SpatialInputService service. Therefore, to start interacting with gestures, you need to register that service. This is usually done in your Game.cs :

The SpatialInputService has the following properties:

For example, a common scenario in a Wave behavior could be the following:

The voice is a key form of input on HoloLens. It allows you to directly command a hologram without relying on using gestures. You only need to say your command.

These functions are exposed in the KeywordRecognizerService. To start interacting with keyword commands, you need to register that service. This is usually done in your Game.cs class:

Later, you only need to tell the service the keyword list, start the voice recognition, and subscribe to the OnKeywordRecognized event:

When a keyword is recognized, the service calls your subscribed method. In that case, you will execute your desired actions:

You can find the source code of this project available on the WaveEngine GitHub page: